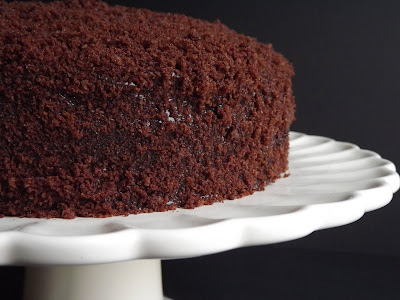 I suppose in a bit of a perverse anti-New Year kick, and to satiate Josh and Ben's seemingly endless requests (and appetite) for something that they are pleased to tuck into, I've been looking for more chocolate recipes. Yet, while Josh and Ben can gallop through goodies with the pace only teenage boys can, I am increasingly conscious of the fact that Mike and I need to shape up a bit. We are in our mid-forties with a soon-to-be 18 month old toddler, and the thought of running around after Sam for the next few years, in the state of fitness I have now, is not appealing. 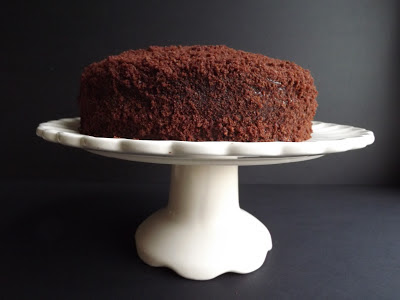 The exercise bit I have yet to figure out, as I'm so busy it really is hard to find time when I'm not so tired (yes, I've just read that back and it sounds a lot like an excuse to me, too). But as far as diet goes, we are trying to eat healthier and with moderation for any treats as an approach. So I was looking for something that would satisfy the boys, yet could provide Mike and I with a little sliver of a treat, full of flavour.
Trawling through one of my baking books, Brooklyn Blackout Cake looked like it would do. 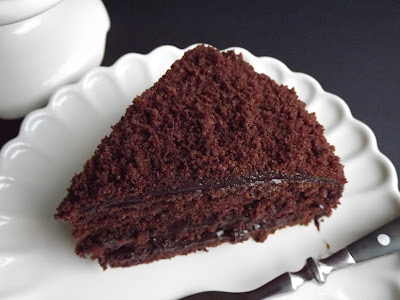 This cake has some history to it. It originated at a neighbourhood bakery, Ebinger's, in Brooklyn, NYC. The bakery was a long standing Brooklyn family tradition, having opened in 1898. The cake was created during World War II , and is so named after the blackouts that protected the naval yards from bombing. Ebinger's is long gone (it went bankrupt in 1972) , but the memory of this cake lives on. It's a rich cake, with (in this version) three layers of Devil's Food Cake sandwiched together and coated with a chocolate custard. A fourth layer of the cake is whizzed up in a processor to give a fine crumb, and this is used to decorate the cake. 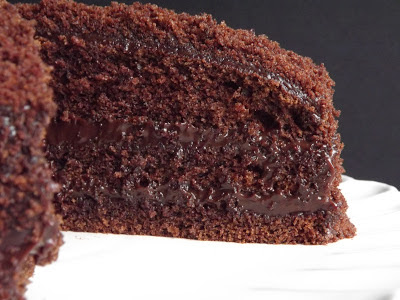 The recipe I used is by Annie Bell, from her Baking Bible, and is available on line here. But there is another fantastic article, courtesy of the New York Times, about Ebinger's and the bakery's famous Blackout Cake (amongst others) here, or at Brooklyn.com here.
The cake was a bit complicated to make, as you need to make a smooth custard first and allow it to cool before starting on the rest of the cake. The layers are made from two sandwich cakes, cut in half when completely cooled. Then filled and covered with the cold custard. You then cover the cake with the crumbs made from one of the layers, gently pressing handfuls into place while trying not to dislodge the layers. 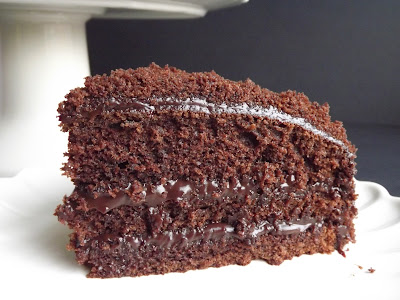 You're supposed to chill the cake before cutting, so it firms up a bit. The boys were impatient though, and so I cut into it practically as soon as I'd finished taking photos. That way, the cake looks even gooier than it usually would. It pretty much disappeared within a couple of days.
When I first cut into it, I managed to restrain myself to just the tiniest sliver. After that, next time I went looking for some, I kind of had enforced moderation as, quite simply, there was none left.
Nada.
Not even a crumb.
I guess that's just how the cake crumbles.
Susie
Labels: cake chocolate