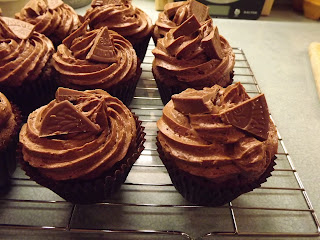 Now I confess. I had a plan  to make these in order to use up some leftover Christmas goodies. Which miraculously disappeared on me. So then, when I saw chocolate oranges reduced to 80p in the post-Christmas clearouts, I couldn't resist. 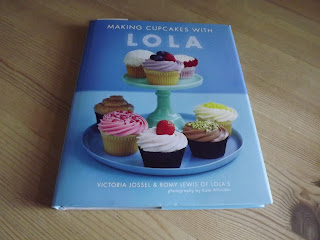 I started out making these using the chocolate cupcake recipe from 'Making Cupcakes with Lola'. Interesting ... that you melt the butter and chocolate and then beat into this the sugar. This resulted in one of the messiest recipes I've made. The kitchen was splattered with cupcake mixture (I said my hand mixer seemed too powerful ...). Anyway, I persevered and the cupcakes smelt delicious, but whether it was me or my oven, after they had cooled they were quite dry on the top. As they were for Mike's team meeting they got the seal of disapproval. 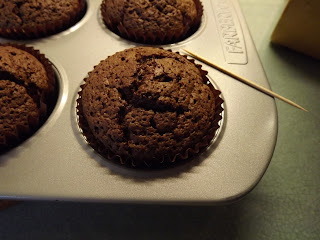 So it was back to the drawing board and a recipe I've used lots of times before from one of my son's Usbourne's Children's Cookery Books. It is for a sponge cake but also makes fantastic cupcakes. This is adapted from that, with the addition of orange extract. 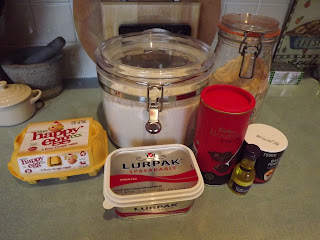 It is a basic 'chuck it all in and mix' method. Sift the flour, baking powder and cocoa into a bowl. 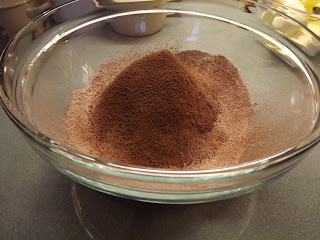 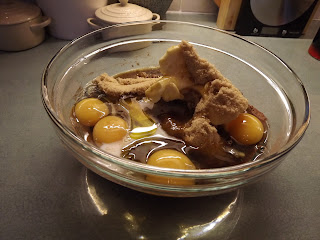 Scoop into prepared cupcake trays and bake for 20 minutes. a skewer should come out clean. 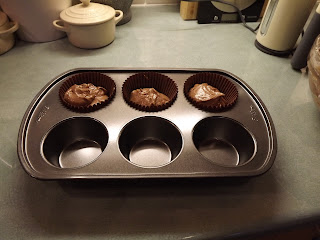 They  went down really well as the orange wasn't too overpowering. I must do something without chocolate next though. 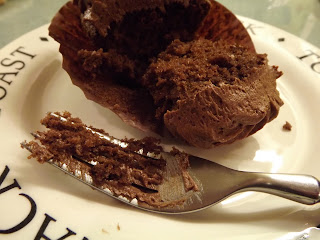