I've never made a Christmas cake before.

It's one of those things that has always seemed easier to buy ready made, rather than have to buy lots of separate ingredients, and then invest time in the preparation and cooking, with leftover packets lurking on the shelves for months to come. Given that although I love fruitcake, I am the only one in the house to do so, it's always been a faff too far.

This year though, I was tempted by the Mary Berry cake kit in Tesco. Particularly as it was then half price at £5 (since reduced even further - I've now seen it at £1!).
Today I finally got to the baking stage.

Now the first thing to say is that I have since found a number of posts on the web that refer to this cake - with mixed reactions. One particular discussion on netmums became pretty heated! Anyway, I thought it might be helpful to record my experience.

The kit comes with most of the ingredients included, and you just have to supplement it with some fresh ingredients: eggs, butter, an orange and lemon. Easy enough. 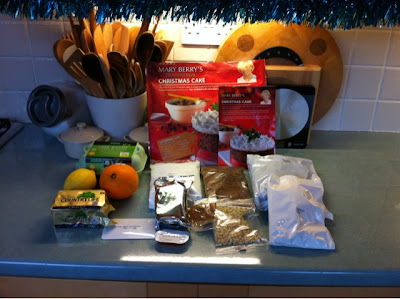 The mix needs a 20cm, deep tin, which is greased well and then double lined.


Then it's a case of creaming the butter and sugar together, adding in the rest of the ingredients and mixing well. I thought I'd made a mistake at one point, as I used a hand mixer on the butter and sugar, and then when mixing in the eggs. The mixture began to look curdled, but adding the remaining items brought it together again. 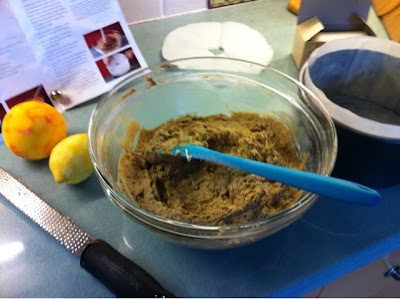 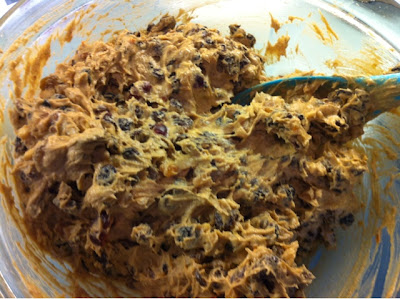 Once the mix is in the tin, you need to cover it with a double layer of grease proof paper (with a small hole to vent steam).
Then into the oven for 4 - 4 1/2 hours (with no peeking allowed for the first three hours!). In my case, the cake was in the oven for four hours, then the oven was turned off with the cake taken out a little while later (I was out at the time and the instructions to my son were clearly lost in translation). 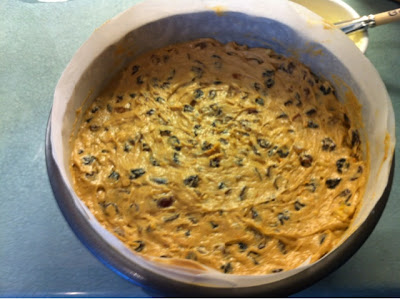 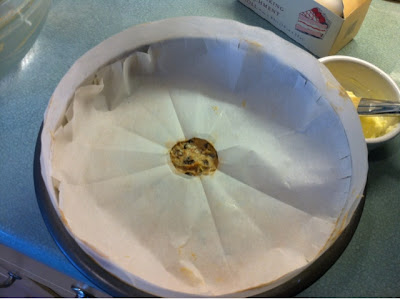 This is the cake having been left to cool and then removed from the tin. I'm not sure why the cake is a slightly lighter colour where the vent was but presume it's because the middle takes longer to cook. 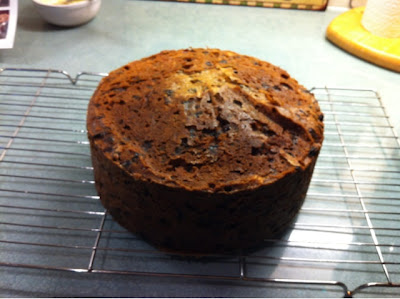 Anyway, the kit also includes apricot jam, marzipan and icing sugar to decorate, but the instructions recommend you do each further stage 24 hours apart. For the moment, though, the house now smells suitably festive.

When I got around to the marzipan and icing stage, I was pressed for time so did both together. It was easy enough, and mixing the icing brought back memories of icing the cake with my mum when I was little. 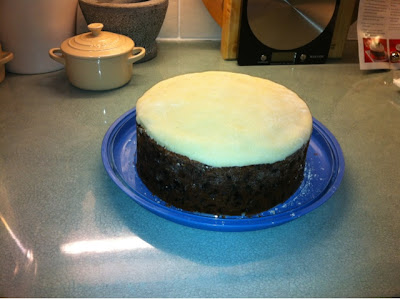 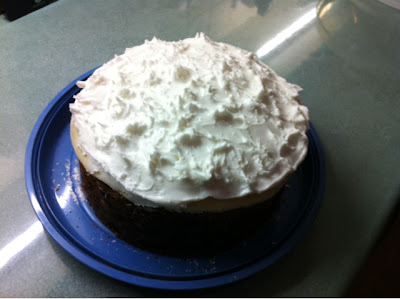 Finally, today, I got around to finally trying the cake.

I used a piece of festive ribbon to wrap around for picture purposes, and it showed up where I had left gaps in the icing. Note to self: make sure I ice to the edge!

Anyway, the cake cut beautifully, and although I feared might have been dry, is actually quite moist. 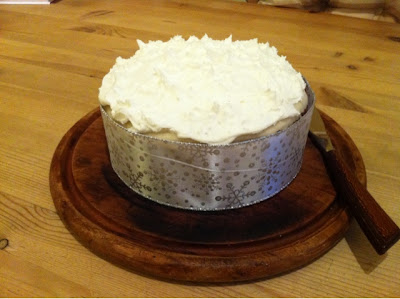 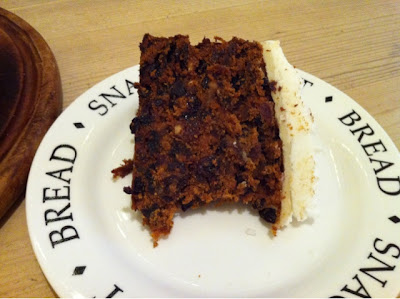 It was very flavourful, not too boozy or sweet, although the marzipan seemed a little overpowering. I would also have changed the decoration to ensure that you get marzipan and icing on the sides as well, as I prefer a bit of each in each mouthful.
Overall, it's OK, although nothing spectacular.

All in all, I'm not sure I would repeat it, and even though I was left with minimal washing up for a baking expeience, I suspect I will be back to buying a completed cake in future. It did seem a good shortcut way of making your own.